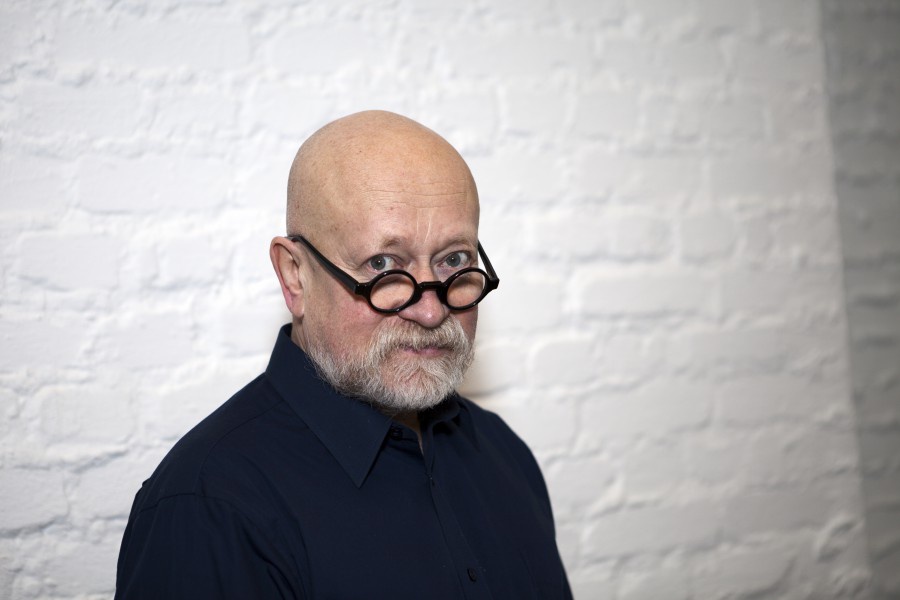 [i] Metrogiprotrans is one of the most important architectural companies in Russia. It was founded in 1933. Company’s architects created a unique and wonderful world of underground architecture. Recently, a whole series of interesting projects has appeared in transport architecture of Moscow. First of all, those are the new metro stations, automobile bridges and underground railway terminals. All the projects were designed by a transport design the oldest specialized company in Russia.

Maria A. Burganova: We are talking to the President of the Union of Moscow Architects, chief architect of “Metrogiprotrans”— Nikolay Shumakov in the Central Architects’ house in Moscow. It is hard to imagine a perfect illustration to the conversation about contemporary architecture. The House of Architects unites three stylistically completely different buildings. Since the 19th century, it was projected and constructed by one of the brightest architects of Moscow Modern style— A. Arikhson. At the turn of 1930–1940’s, A.K. Burov, which united the ideas of constructivism and classicism in his creative work, master of town planning A.V. Vlasov, Stalin’s private architect M.I. Merjanov and famous artist V.A. Favorskiy, worked on the enlargement of the old building. In 1970–ies, well-known architects B.I. Thor and R.I. Semerdgiev entered the historical collective of co-authors of House; they built on a new block where show room and conference hall were situated. Nowadays, in the center of this architectural palimpsest is situated the office of the prominent Russian architect and remarkable artist N.I. Shumakov, which is considered today as one of the most interesting and authoritative Russian architects. His constructions have innovative  shaping and artistic imagery of constructions. Bridges, subway stations, Shumakov’s buildings are always known by sight, owing to his personal author’s handwriting. In the aperture of his always opened wide cabinet doors can be seen a gigantic egg, fastened on the white wall background and hanging over the desk. The minimalism of interior is somewhat cramped by the Empire style clock and academic portrait of architect M.D. Bykovskiy, on whose initiative in 1867 was founded the creative association of Moscow architects. Opposite the desk is situated the bust of classic of Russian architecture of the twentieth century, Palladio’s follower, N.V. Zholtovsky. Three architects in one cabinet create a particular dialogue area. This symbolical space fully reflects the scene in which context conceptual and plastic language of contemporary architecture develops. This is what our conversation will go about. 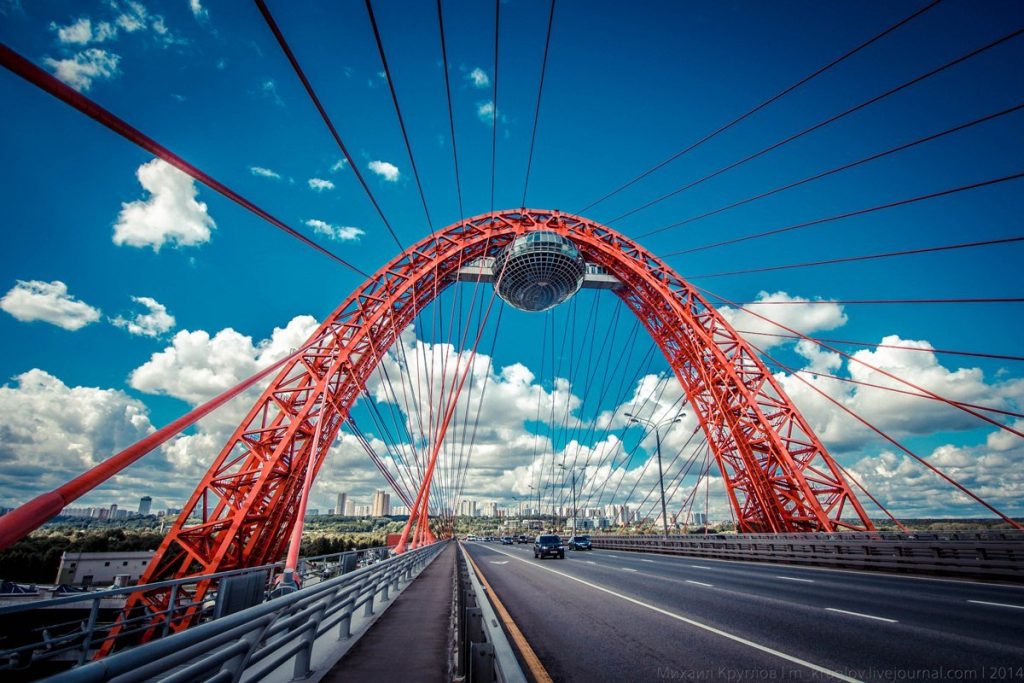 Maria Burganova: How did the priorities and senses of architecture change in present-day period? Is the character of contemporary architecture clear to you?

Nikolay Shumakov: Nowadays, it is difficult to talk about architecture generally, as well as about Russian architecture. This is related not only with rethinking and new paradigm of cultural space and art. Recently, we feel freedom of action; we try to embed into a certain system, into a general cultural layer. But, in reality, we are observing a frightening tendency. The mass culture prevails on every step of our society, including architecture. In increasing frequency one can meet a so-named “pop” sculpture, painting and architecture. The culture is commercialized.

Maria  Burganova: Today, many architects declare it. Dutchman Rem Koolhaas, widely known by the general public in Moscow as an author of Garage Museum of Contemporary Art opines just the same way: “Architecture conforms to market conditions. The market has replaced ideology. Architecture turned into a peculiar performance. The building must have success and matters only as a symbol”. This public tendency wounded not only the architecture sphere. The commercial interests mostly control the culture and it affected the basis and functioning of cultural institutions. Obviously, the opposition of mass and elitist cultures took place. To say the truth, I do not think that it happened only at present. José Ortega y Gasset has already written about the dehumanization of art in 1925. But, certainly, every generation, being located inside a relevant process painfully senses every dynamical movement of culture, estimating it sometimes like nearly tectonic pulling down.

Nikolay Shumakov: All our Founding Fathers would be struck if they saw with what modern society is delighted, including, unfortunately, professional community. Luckily, in the architectural environment exists a very thin layer that tries to create true architecture, do everything honestly and properly.

Maria A. Burganova:  We have just mentioned Founding Fathers. However, the professional community, despite the contemporary realities, did not forget the lessons of Alma mater (in the high sense). For the practicing architect these lessons are essential. City is a living organism with a rather complicated biography, with many different time layers, that is why, whether you like it or not, the theme of succession or dialogue emerges in any case.

Nikolay Shumakov:  This problem is congenial to me, because on the first day of my tenure in “Metrogiprotrans”, I was set a task of succession. In other words, first of all it was necessary to accept and revive the traditions, which were laid by our teachers, founders. Shchusev, Fomin, Dushkin, Ladovskiy— at that time these were the figures of primary importance and, fortunately, they keep this position. That is why the succession is immutable for me. In the art sphere, it is necessary to always look back to be able to move forward. But architecture in the former sense of ideal space and construction does not exist.

Maria A. Burganova:  What is the space, form, architectonics nowadays?

Nikolay Shumakov:  The words “tectonics”, “wall”, “column” are not appropriate in our life at all.

Maria A. Burganova:  In addition, what about the people? There are always human figures on the architectural layout. What are they made for? Scaling? Or something bigger?

Nikolay Shumakov:  People on the pictures and layouts are stationed for scale correlation. But, of course, the architecture is made only for a man. Because there are some ideal conceptions, that architecture, just like the entire art, can form a person. That is why, whatever an Architect, who does not stick mass culture, makes; he does it only for people. Therefore, the man is not accidental. Everything is done only for him; the aim is to create the environment where he would feel himself comfortable, peaceful, pleasantly, lovely.

Maria A. Burganova:  Earlier, architecture was in proportion to a man, does it operate an abstracted scale? Is there a limit, for example, of height, in the view of humanistic perception, formation of an ideal environment?

Nikolay Shumakov:  The limit of altitude, just like any border, is determined, first, by intellectual program. Exactly it produces the practice of gigantism in architecture. Has the dialog with space, not only with the environment, but also with cultural sphere, historical memory took place? Or is it just an ambition? Today, unfortunately, humanistic architecture is more often an exception.

Maria A. Burganova:  What is your professional forecast? What will be used: cheap materials or, on the contrary, eternal? After all, now exists the “temporary” architecture.

Nikolay Shumakov:  In the near future, in my opinion, will last an enduring tendency to the utilization of cheap materials in building, to the creation of cheap architecture, minimal cost engineering. It is clear that the building boom all around the world has finished. The period of austerity has begun.

Maria A. Burganova:  You are too honest; you do not want to replace the word “cheap” by the words “temporary” or “relevant”.

Nikolay Shumakov:  No, there is no definition “temporary” in architecture. Now it seems that there is no rules, no concepts, and no purposes. That is why everything is possible. But every work must be done professionally, on every branch, whether it is the question of art or exact science. The two keywords here are “professionally” and “convincing”. Architecture has many faces. But if a work of art aims to convince me that it is good and necessary, it must be professionally persuasive. In that case I will agree with it. Even if inwardly, I won’t completely accept it.

Maria A. Burganova:  What is your attitude to the new materials? Nowadays veneer, plastic and others are utilized— is it a theme for architecture?

Nikolay Shumakov:  Certainly, every material is quite suitable. We use plastics for a long time as a functional material. For example, we utilize it for water drainage in underground constructions. I do not think that the material could underlie any architecture or become an obstacle to realization, accomplishment of any idea. Material is secondary with respect to a big architectural idea anyway. That is why you can do anything and it does not matter if you use veneer or even matches.

Maria A. Burganova:  What is the destiny of monumental art that always had synthesis with architecture in historical perspective? But now architecture became “cheap” or too “economical”. Does this mean the denial of monumental painting, sculpture, architectural and decorative plastic?

Nikolay Shumakov:  This is the denial. Unfortunately, nobody needs artists. It is so not only in Russia, but also all over the world.

Maria A. Burganova:  You are too categorical. Of course, sculpture and painting will stay. After all, the literature does not die. Architecture, though it is temporary, cheap still exists. Do you have any forecast about the art dialogue renovation? For example, sculpture and painting found a new plastic language and place when Khrushchev said: “We do not need luxury”.

Nikolay Shumakov:  I think that in this light, with the approach of cheap period in the architecture, it is not excluded; the very synthesis will step forward. Because it is possible to settle the urban environment with the aid of sculpture, monumental and decorative art. It is possible to approximate this infernal situation in architecture to the person with the help of scale, carried by the sculpture. I do not expel it. Because it is much easier to stand a cheap house and ten sculptures and small forms next to it. And the solution for the environment will be found.

Maria A. Burganova:  If we can go away from the realities of the present day, from the desires of a customer, technological dependence, commercial frames and other painful circumstances. What is your ideal appearance of architectural construction?

Nikolay Shumakov:  Basic architecture appears very simple for me. Green grass. On this green grass stands a bed, in which I am lying and above me is situated a quite flat roof. It does not look like complicated Dutch roof; this is a flat one with minimal number of pillars, like in the North. Morning comes, I draw my leg down the bed, a dog or two run up to me and I go with them. This is what I call architecture. This is the fundamental that the organism always calls for. But it is unrealizable, because it is a dream. And if it is a dream, it will always be fundamental.

Maria A. Burganova:  You are attracted by a metaphor.

Nikolay Shumakov:  Yes, this is a metaphor. This is what the architecture must be not only for me but also for all the humanity. 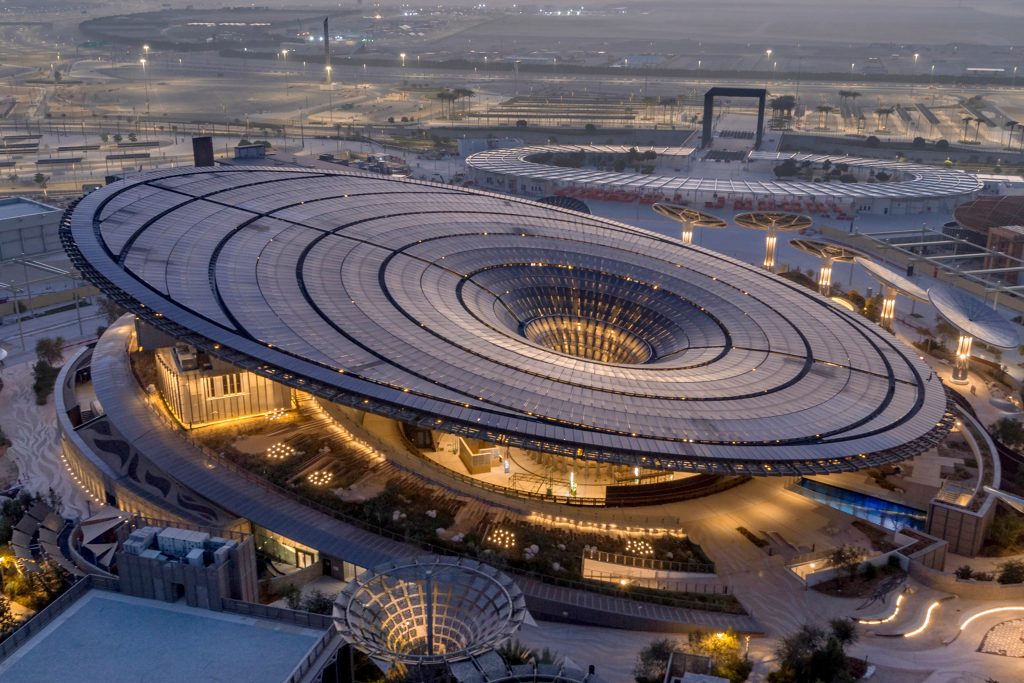 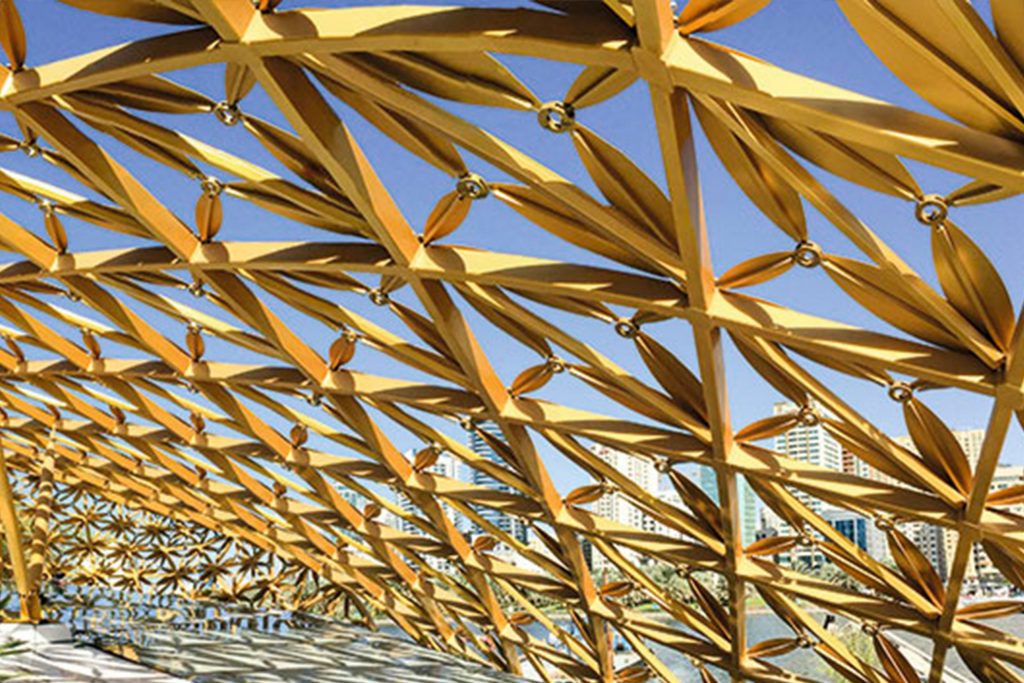 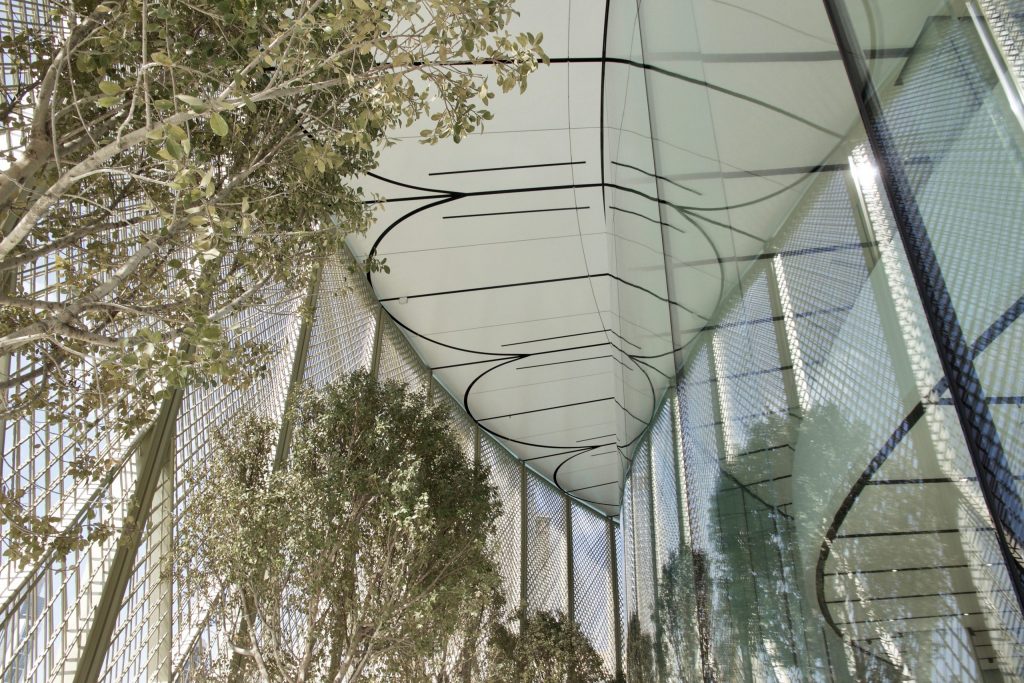 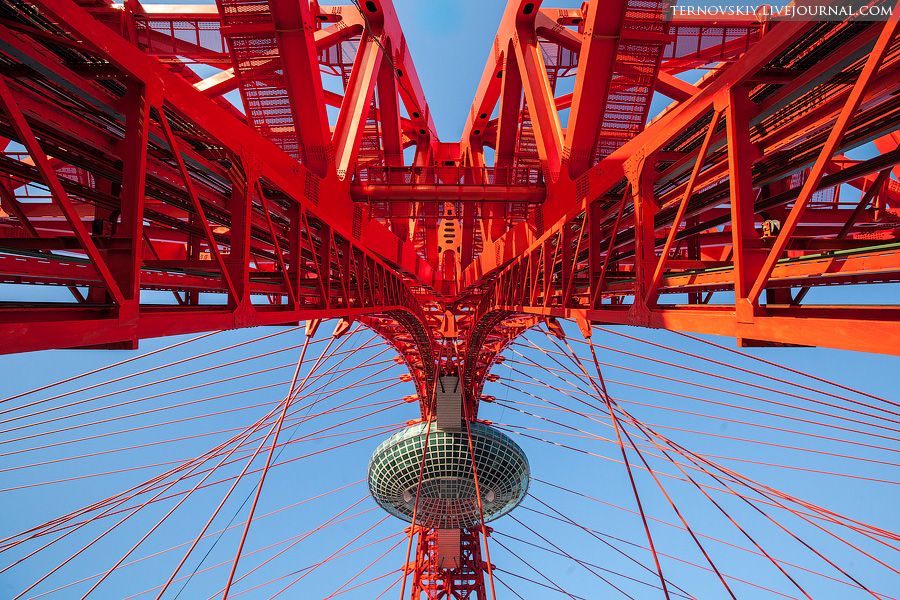