The basis of Filipe Branquinho’s exhibition is the 2.7 billion dollar scandal that arose international attention. It was connected with the “tuna bond” debt crisis in Mozambique. The artworks showing the sea and fish are a shocking narration of how a tuna fishing fleet ruined Mozambique’s economy. The money borrowed by the government to set up a complex tuna industry was allegedly redirected to corrupt officials.

The artist uses Mapiko masks of the Maconde tradition which portray caricatures of the magical world characters or real characters from the community or region. His drawing and photography have a strong sense of satire, reflecting the issues and matters ​​of contemporary national affairs. 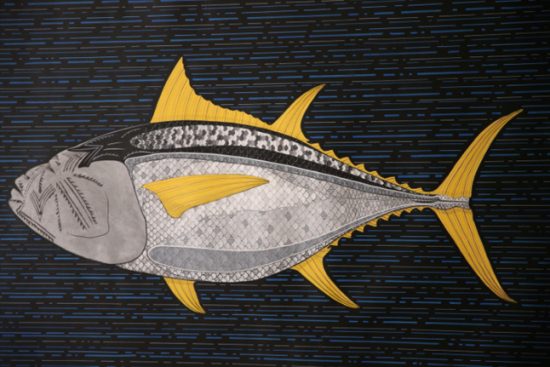 The artist grew up during the Mozambique civil war in an atmosphere closely linked with journalism and arts. He became especially sensitive to images through connections with some of the greatest names in Mozambican photography, such as, Ricardo Rangel, Kok Nam and José Cabral. 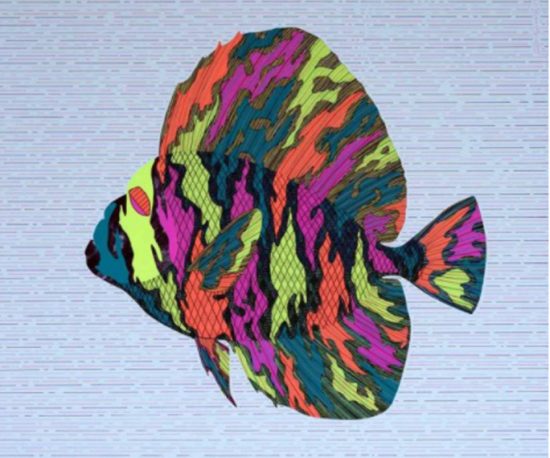 Filipe Branquinho combines genres such as portrait and landscape, offering a reflection on social issues related to the modern reality of his homeland. The Multi-talented artist studied architecture but now works as a photographer and illustrator. His works connect tradition and contemporality; they have a unique touch of humour, thus, creating a compelling and expressive contrast.

With locations in Dubai and Venice, AKKA Project showcases and supports contemporary art from Africa and its diaspora. Akka Project stands for A Kostic Khachatourian Art Project. Its mission is to inspire curiosity, creativity and learning through contemporary African art.